UPDATED December 11, 2021 This piece has been updated to reflect the emergence of new technology

Child abduction is a difficult subject for parents to discuss or even read about. Just the thought of something bad happening to one’s children can put a spear through a parent’s heart. If you want to protect your kids from something so terrible, you must educate yourself about why do people kidnap kids and child abduction as a parent.

While this topic is not particularly pleasant, parents must get a better understanding of child abduction and know the reasons why some people kidnap children. Knowing what makes abductors target children will only make you better prepared to protect your kids.

Children are abducted for different reasons and it mostly depends on the motive of the abductor. We’ll discuss why do people kidnap kids and by looking at past trends and statistics we have found out a few of the most prominent motives behind child abductions.

Most people imagine a stranger, a mentally ill person, or a sexual predator to be the main culprit. However, you’d be surprised that most of the child abduction cases have been the result of a custody battle between parents. Yes, you heard that right. The majority of confirmed child abductions turns out to be a parent who lost custody of the child.

The reason is usually one of these two:

The second common reason for child abductions is to perform sexual acts on the children. Similarly, the abductor happens to be a family member, friend, or close acquaintance of the family in most cases – a person whom the child knows well.

Other times, it’s a stranger who performs such heinous acts. Again, the actual cause of such sexual intentions may vary. The abductor may have some mental issues where they are attracted to children for their sexual desires. Also know as ‘pedophiles’ as we generally call them. Or it can also be someone who isn’t a pedophile but still molests children as they are an easier target.

The next common reason for child abduction is to demand ransom from the parents. This is more likely to happen to financially wealthy people. Kidnappers wouldn’t waste time kidnapping a child whose parents don’t have the financial ability to pay a hefty ransom amount.

2Who is Most Likely to Kidnap Your Child?

Based on past data and records, child kidnappings are mostly done by another parent, a family member or someone that the child is familiar with. Most cases fall under this category as it’s a lot easier for an abductor to kidnap a child if they already know the abductor.

On the top of the list, you have estranged parents, family, and relatives, or a person that the child knows, like a teacher or a neighbor. Here are some other categories of people who are very likely to abduct children:

3What the Statistics Have to Say About Kidnappings in the US

Many people think child kidnapping rates have gone up in the US in recent years. The reason behind it is that we see such cases a lot on the news and the internet. But when you look at the statistics, child kidnappings don’t happen as frequently as we think.

Cases of child abduction are sensationalized by the media and they easily grab our attention. They are reported and covered in detail and we end up thinking that it happens all too often.

Here’s what the numbers and figures have to say.

The 2019 missing person report from National Crime Information Center (NCIC) states that there were 87,438 active missing person cases as of 31 December 2019. Out of which 30,618 were juveniles under the age of 18 years.

The total number of missing juvenile cases reported throughout 2019 was 401,875 cases. A majority of them were solved. Either the perpetrator was found or it was not an abduction at all and the child was found. This could be when children running away, get lost or simply misinformation to parents about their whereabouts.

Family abductions account for about 50% of the cases where the perpetrator is caught and identified. The horrifying cases of stranger kidnapping and sexually assaulting children that we hear in the news, is not that common. It only accounted for 100 to 150 cases in the past few years in the US.

4How Can You Prevent Your Children from Being Abducted? 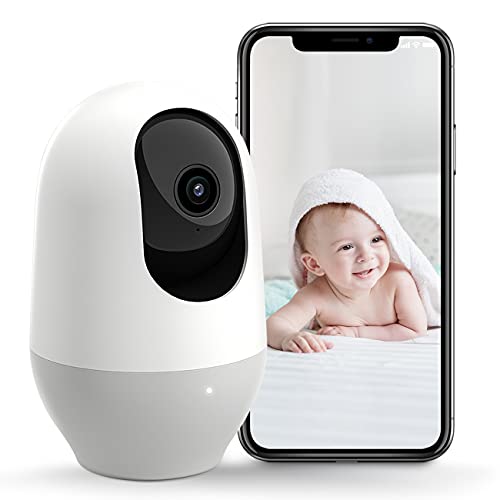 Worrying constantly that something bad can happen to your children won’t do any good. And just because statistics show that child kidnappings are not very frequent doesn’t mean you should have a lackadaisical approach either.

As a parent, you must have a rational approach to this matter, and take certain steps to protect your children and make them more aware as well. Here’s what you can do to prevent your children from getting abducted:

When it comes to child abduction, knowing why people kidnap kids and your role as a parent in preventing it, awareness is the key. Past cases have clearly shown patterns as to what types of abductions occur more often than others. So we hope that this post has given you valuable insights into child kidnappings and the motive of kidnappers, so you can take the necessary steps to ensure your children’s safety.

Best Car Restraint For Your Dog

Small Fireproof Gun Safe: What To Look For

What Are Physical Security Safeguards And What are Their Purpose?

How To Deal With A Disgruntled Employee

Bug Repellent For The Home & Yard

Stored Chrome Passwords: Where To Find Them

Christian Mathews 0
UPDATED February 10, 2022 This piece has been updated to reflect the emergence of new technology

How To Secure Your Smart Home Devices

How Many Security Cameras Do I Need?

Security Picks is your one stop website for all things security related. We provide you with the latest security news, guides and information, keeping you safe, secure and protected.
Contact us: [email protected]

Carbon Monoxide Detectors: Where To Place Them

Best Smoke Alarms For Your Home